The diagram below shows two camera box deployments each including a Sony mirrorless camera, low light lens, and the Raspberry Pi with the programmatic photography software. Each camera box and its Raspberry Pi operate independently and only connect to a local Wifi network to stream photographs from the camera to the cloud. This diagram shows one deployment positioned to capture the aurora in the Northwest and the other positioned to capture the aurora in the Northeast. 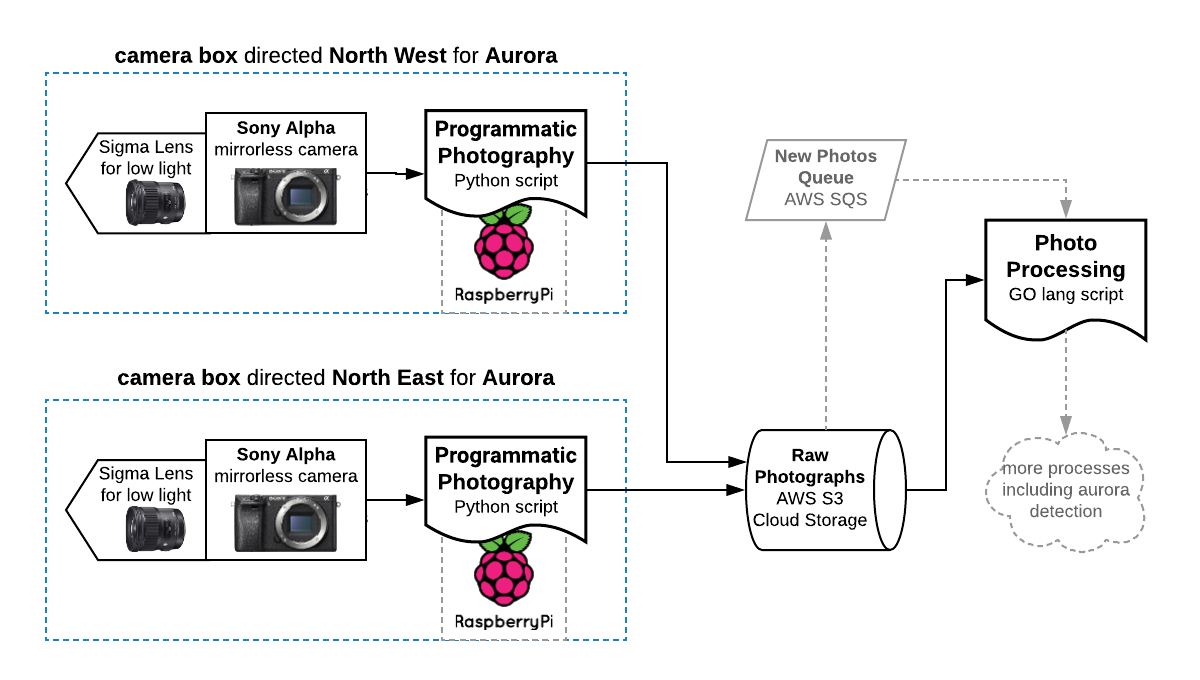 The Python script uses Sony's Camera Remote API beta. The sad news is that Sony will not longer be providing updates and active support for the Camera Remote API. Sony Alpha Remote Camera API. Thus, this programmatic photography script will only work with Sony A7, Sony A7 II, Sony A6300 and Sony A6000 mirrorless cameras.

The Raspberry PI is connected to a local Wifi network. The script deployed on the Raspberry Pi uses the device's internet connection to upload each photograph after it's captured to AWS S3 for cloud storage and web accessibility. These programmatic photographs are made available in real-time on the Webcams page.